A continuation of the non-digital Four Rectangles and a Circle project. The core algorithm generates a band of N columns across a prescribed box width (say 400px or 10% of the canvas width). To achieve a resonable fit we run two loops: the first starts at box width / 2 and works to the left, first adding half a gap, then adding a column, then a full gap and a column and so on until we hit the left of the box. The second loop performs the same task bbut moving to the right. This means there may be a slightly larger gap either side of the box but they will at least be even and the gaps between the columns will be consistent.

The colour palette was pulled direct from one of the Four Rectangle studies, effectively a red, green, blue, yellow and orange. In one of the additional works in the series I chose a blue range to emulate rain drops.

The algorithm is run 3 times to create three streams, each stream is backed by a white rectangle slightly larger than the box and and tiny loop runs at the end to generate a stack of coloured boxed under the streams. 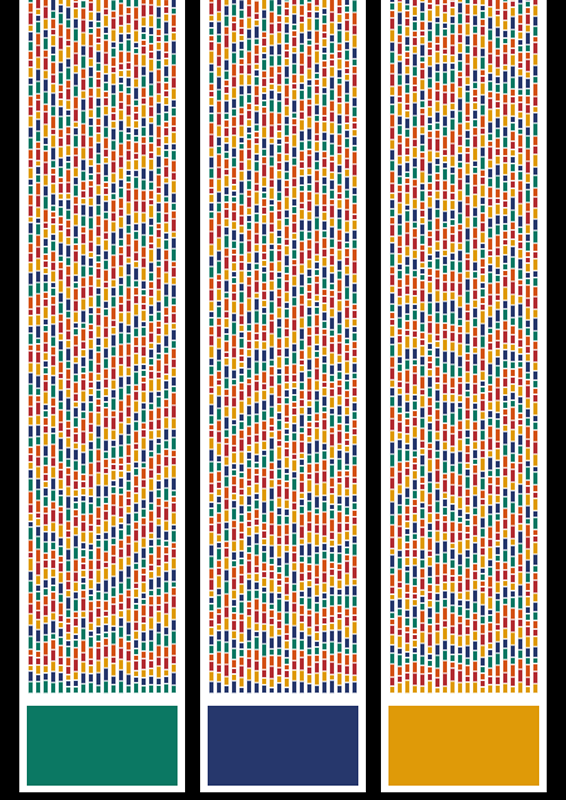 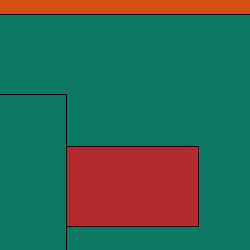 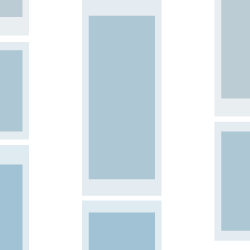 Are there any other images on this website that were generated by this algorithm? Only the 3 images above have been generated with this code. Strands uses a portion of the algorithm but produces significantly different renders, also the colour palette is unique to this project.

Is this a limited edition print? No

How can I buy a print? Please get in touch with your requirements.